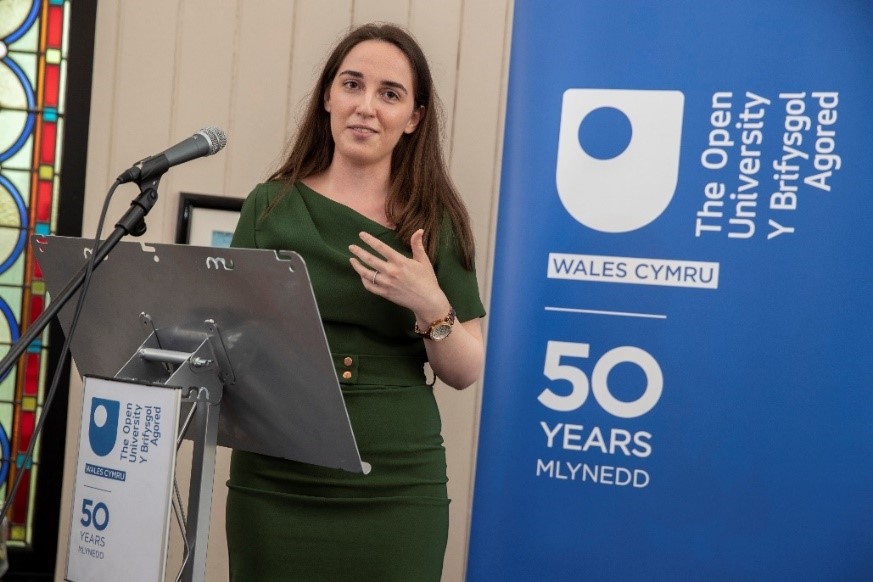 Charlotte Bailey received excellent GCSE grades and was on track to receive a full scholarship from Yale University for their Young Global Scholars programme.

Sadly, when she began her A levels, Charlotte became a victim of bullying from both students and teachers. Her teachers did not support her in her university applications. This and the constant bullying resulted in Charlotte leaving school with no A level qualifications or a place at university.

Charlotte did not let this stop her from achieving her goals and undertook an internship in Switzerland writing for a UN organisation. Things started to look positive for Charlotte’s future when she found out there were options to gain a degree without A levels. She began studying with The Open University, focusing on education and childhood studies.

“Some people would expect distance learning to be quite difficult, but the OU makes it even better than studying at a traditional university because you have so much support behind you to make it flexible.”

The Open University gave Charlotte, now 20, the confidence to study again. She has also been inspired to start a global studying community that is now active in more than 62 countries. She has utilised the flexibility of The Open University and has paused her studies for a year to pursue a full-time job as an international anti-bullying speaker.