The Language of Protest Wins Bronze at EVCOM Clarion Awards 2020 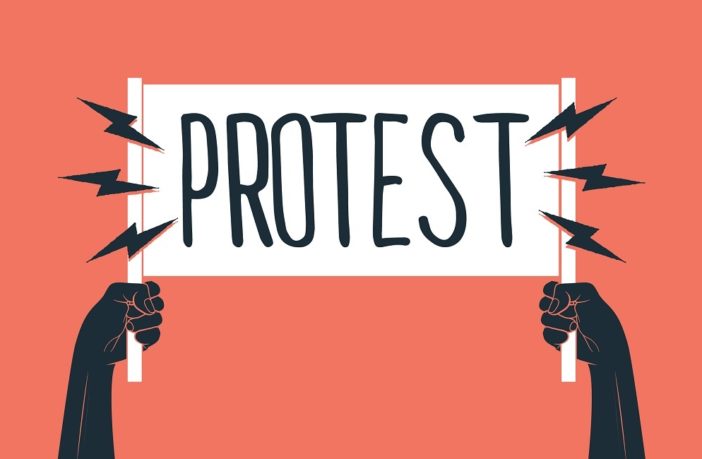 Dr Philip Seargeant, Senior Lecturer in the School of Languages and Applied Linguistics, has been awarded Bronze in the Education and Training category at the 2020 EVCOM Clarion Awards for his short documentary film, ‘The Language of Protest’, produced in collaboration with Hamlett Films.

The film, which was shot pre-lockdown, focuses predominantly on protests around the climate crisis and follows a group from Extinction Rebellion (XR) as they prepare to protest against the impact that the fashion industry is having on the environment. With contributions from journalists, activists, and academics, ‘The Language of Protest’ is an insightful look at political communication in the era of the protest.

“We're delighted with the Bronze Award, particularly as the project was modestly funded compared to many of the other entries and that all of the editing was done post-lockdown while everyone was in quarantine, which posed its own challenges!”

The main question the film addresses is how people who have no access to institutional sources of power manage to get their voices heard. How do they raise awareness of the issues that affect their lives, and how do they influence public opinion and put pressure on those in power?

In examining the ways groups organise and plan their communications, and how they use language, symbols, and collective spectacle to capture the attention of the public, the documentary explains the vital part that protests play in the political protest, and why they continue to be such a central feature of contemporary life.

Read more from Philip Seargeant on OpenLearn and The Conversation.