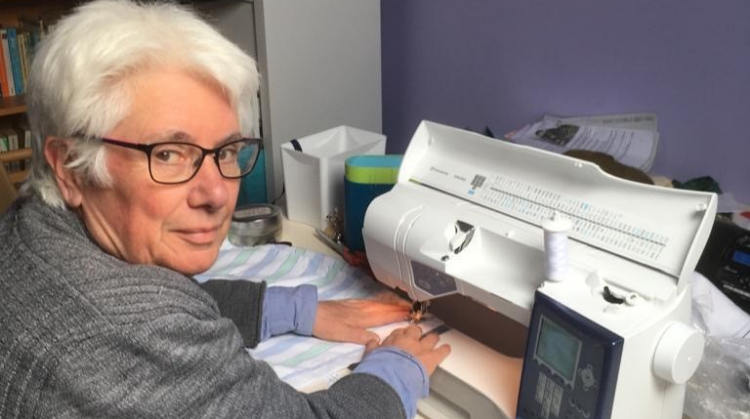 Practice Tutors from the OU’s Nursing team have been using their time in lockdown to make scrub bags and hats for NHS workers. The bags are used by healthcare workers to take their uniforms home and wash them, without having to touch them after taking them off.

Mary Griffiths (Nursing Practice Tutor) says she had been aware of interest from the crafting community in making a contribution to the crisis so she emailed her students to ask if they’d like some bags. Some replied to say that they’d been using pillowcases up until then, so Mary got to work.

Mary received her fabric from a local school. They had given it to Mary as she volunteers at a craft group in her local women’s prison and is involved in making washing sanitary protection for girls in developing countries to support their continuing education after the onset of puberty.

Mary said: One of my students who worked in theatres asked if I could make the bags for her team; it was a pleasure. My next project is to make scrubs for the local hospital, as soon as I can take delivery of the regulation material. Being short myself I will make them to fit women as I understand NHS issue are made for 6’3” rugby players!”

Lesley Carter (Associate Lecturer and Nursing Practice Tutor) has set up a similar operation at her home to make scrub hats and scrub bags for Harrogate key workers. “To date, around working full time for the OU and supporting my own students, I’ve made around a dozen hats and a dozen bags”, Lesley says. “My son’s mate, in his final placement as a third-year student in a local teaching hospital, asked me for a hat and two bags which I made for him...co-ordinated too!”

It's a real team effort for Lesley, with her husband delivering fabric and collecting garments, and her neighbour donating self-contained studio space.

Pictured above is Mary at work on the scrub bags, and below is an example of Lesley’s scrub hats, all made from donated or ‘scrap’ material. 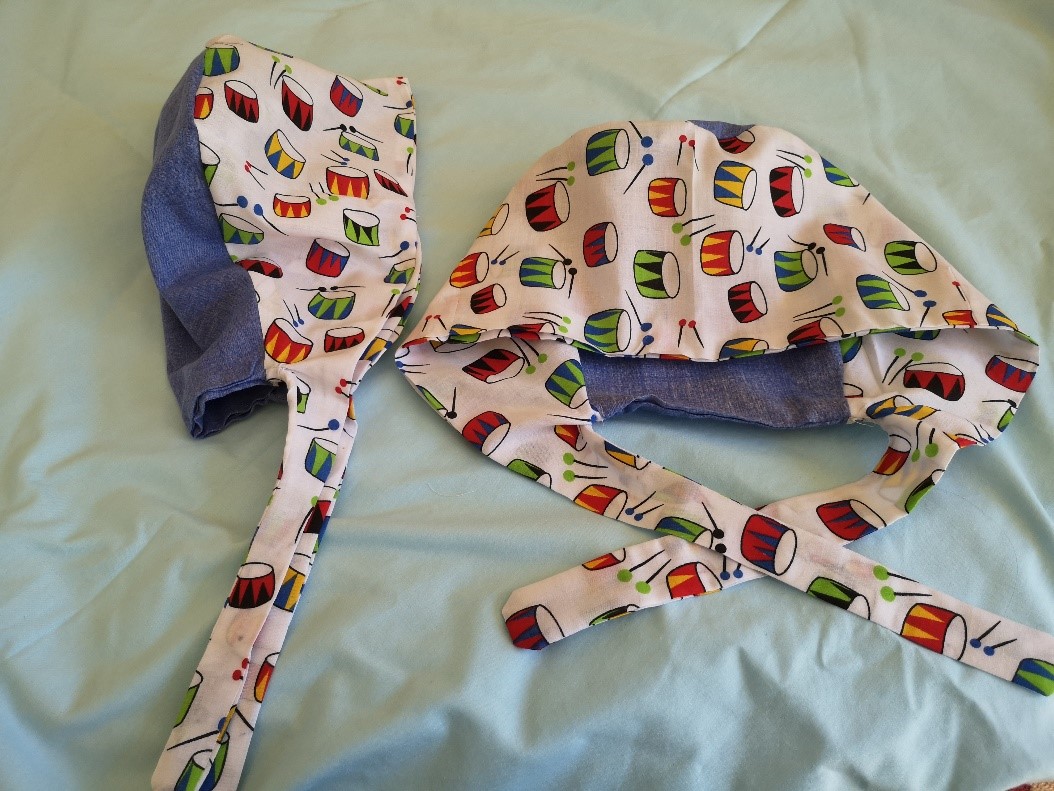