Bridging the gap between science and ‘me’ 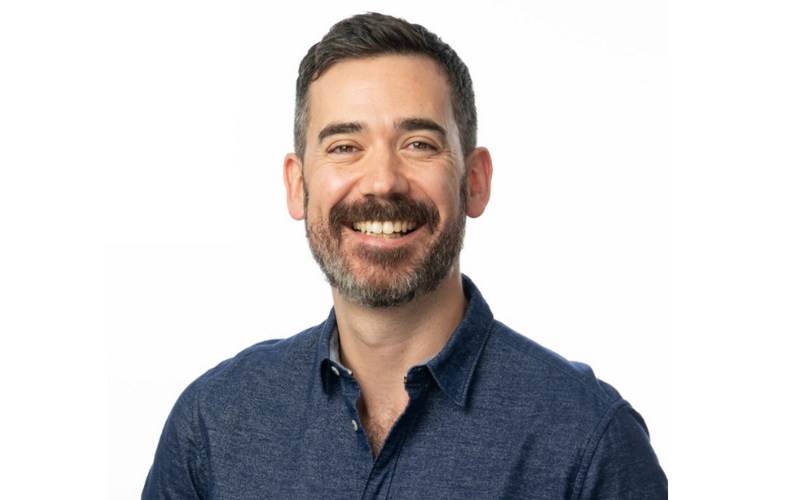 With a background in Natural Sciences, Tom Witney found himself with a career dilemma: Should he ‘do Science’ or ‘do stuff about Science’? Having already undertaken an OU graduate conversion course in Psychology, Tom saw an OU PhD studentship advertised and recognised the name of the team leader as a Professor he’d cited in his dissertation. The stars seemed to be aligning and four years later he submitted his thesis.

“Most people diagnosed with HIV are now on a course of treatment”, says Tom, “so much less likely to pass the virus on. What I was interested in was, ‘What does this scientific study mean for people in everyday life?’  In the course of developing my PhD this turned into, ‘What does it mean if you’re positive and your partner isn’t?’  I wanted to bridge the difference between scientific understanding and what it actually means to ‘me’.”

Tom had been working in medical communications as a writer for 10 years and was completing a Masters in Health Psychology when he applied for the OU PhD.  “My plan at that point was that I wanted to work in something more psychology-focused.  I was working to become a Chartered Health Psychologist and the route after that would be to do a professional doctorate or PhD.”

Concurrently, Tom had been volunteering with Positive East, a charity offering support services for those with a positive HIV diagnosis and communities affected by HIV. “For my MSc, I was writing proposals for research into HIV outreach and had come across papers by OU Professor of Health and Society, Peter Keogh." Professor Keogh became one of Tom’s PhD supervisors, along with Jacqui Gabb, Professor of Sociology and Intimacy (OU Faculty of Arts & Social Sciences), and he credits them with enriching his research.  “They opened my eyes to a different way of looking at the data. I went into this research thinking I wanted to be a Health Psychologist and am now thinking of medical sociology.”

“Being at the OU and within that research community has helped me to get a sense of being part of a community of researchers and define my identity as a researcher in the big scheme of things.”

Tom’s investigations involved talking to 30 men who were in serious relationships, 17 of whom were HIV positive and 13 HIV negative. “I wasn’t going to focus on couples initially,” he says, “but it ended up that way and I wanted to focus on the relationship.”

“For my next research project, I’d like to take what I’ve found working with Positive East and some other groups and ask if these findings also resonate with people who are in heterosexual relationships.  I’d also like to involve people from different ethnic groups and people from different socioeconomic backgrounds.  By expanding the research group in this way, different factors come into play that weren’t present in my initial data, such as pregnancy and immigration and different forms of stigma.”

Tom was in the process of writing up his research when the Covid-19 pandemic shut down all face-to-face communications.  “Where my volunteer work was concerned, Positive East very quickly moved everything online and I started supervising online HIV rapid testing on Microsoft Teams video calls.  When I was writing up my thesis, I reflected that my experience of asking people quite intimate questions in my volunteer capacity had set me up for asking these questions when doing my PhD interviews.”

Findings and, what next?

Tom concludes that there is often a ‘leap’ that needs to be made to bridge the gap between scientific data and the everyday experiences of people living it.  In the abstract to his thesis, he expresses this by stating: ‘In contrast with the certainty that is central to community articulations of the meanings of Treatment as Prevention, uncertainty underpinned participants’ everyday experiences of serodiscordancy.’

“I want to ask, ‘What do these findings mean for stigma around an HIV positive diagnosis and for those in serodiscordant relationships?  What does it mean for these people’s everyday lives and their interactions with the wider community?”.

An ambassador for the OU

The graduate conversion course was Tom’s first experience of The Open University. “I chose the OU course”, he says, “because I could carry on working and it was affordable. I could pay in instalments and liked the modular approach to the course.  The more I did it, the more I found the OU approach to learning ignited something in me.”

“My experience on the conversion course made me realise how brilliant the OU is as an institution in terms of accessibility. The people that I was doing the course with were so passionate about study and I learned a lot from their approaches to academia.”

To add to his OU portfolio, Tom has spent the past year working as a Post-Doctoral Associate, supporting research communication and knowledge exchange activities across the Faculty of WELS.  “It’s giving me experience of working with areas that I’m not particularly familiar with and having to quickly understand what the audience is going to be interested in and focus on that. Ten years after my first enrolment with the OU, it feels like a very fitting transition.”

Tom’s PhD project used qualitative methods to generate data on participants’ experiences of serodiscordancy and the practices they use to sustain their relationship. In adopting this approach, he aimed to provide a social scientific account of how a biomedical advance influences – and in turn is influenced by – individual social worlds.

Read the abstract and download the full thesis from Open Research Online.

Watch this animated video on OpenLearn to see the participants' of Tom's research study brought to life.