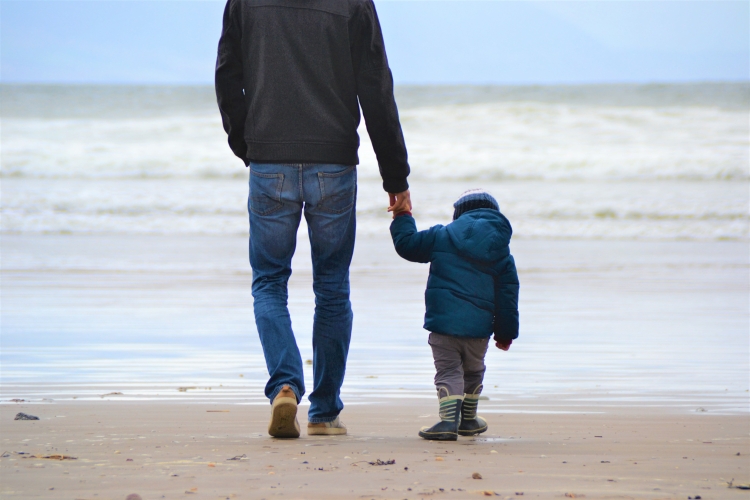 Monday 20 June is International Father’s Mental Health Day, and its timing – one day after Father’s Day – is no coincidence. Dr Martin Robb,  Senior Lecturer in the School of Health, Wellbeing and Social Care (HWSC), who specialises in Fatherhood and Masculinity, explains why the event is becoming more and more vital.

The mental health issues faced by fathers have often been overlooked, both by clinical services and by researchers, with the main focus of attention being (perhaps understandably) on mothers. However, 10% of fathers experience depression after the birth of a child, with this figure rising to 50% when the child’s mother is depressed.

Mental health problems in the perinatal period can be caused by a range of factors, with the experience of a traumatic birth among the most common. Mothers’ perinatal anxiety is now an established field of research, with Dr Gini Harrison, from the OU’s School of Psychology and Counselling, one of the pioneers in this area. However, studies of fathers’ anxiety are only now coming to the fore: for example, Gini and I, with other colleagues, are currently co-supervising Gemma Ballard’s PhD research on fathers and perinatal mental health. A group of us with research interests in this area have also begun to meet regularly, as part of a new Perinatal Wellbeing Research Colloquium set up by WELS Emeritus Professor John Oates.

Another frequent cause of mental health problems among fathers is the death of a child in the perinatal period. Fathers who experience a loss of this kind say that their needs tend to be ignored by services, or that the support offered is inappropriate, while outdated ideas about men and masculinity mean that they are often expected to get on with their lives as if nothing had happened.

Responding to the absence of appropriate provision for men in these circumstances, groups of bereaved dads across the country have in recent years set up football teams to provide practical and emotional support to each other. Under the auspices of the Stillbirth and Neonatal Death charity (SANDS), these ‘SANDS United’ teams now exist in more than 30 locations across the UK. With my HWSC colleagues Dr Kerry Jones and Dr Sam Murphy, I’ve recently been carrying out research with members of these teams, talking to them about their experiences of bereavement, its impact on their mental wellbeing and the ways in which membership of a SANDS United team has helped them. We’ve now completed our interviews and are hoping to publish the results of our work before the end of the year. [1]

Of course, parental anxiety isn’t confined to the perinatal period, and throughout childhood – indeed throughout life – fathers, like mothers, can experience distress caused by events in their children’s lives. An extreme example, sadly highly topical at the moment, is the anxiety suffered by parents separated from their offspring during a time of war. In a recent article, I analysed my great grandfather’s letters to my grandfather, when the latter was about to embark for the Western Front during the First World War, exploring how he managed his anxiety at a distance.

Men’s mental health more generally is finally beginning to attract the attention it deserves, both in the media and in academic research. I’m currently academic consultant on a forthcoming BBC/OU co-production, with the provisional title Out Of Our Minds, in which the singer James Arthur tells the story of his own struggles with mental health, and also visits groups that are finding innovative ways to support men going through difficult times. The programme is due to be broadcast in the next few months, with supporting resources to be made available on the OU Connect website.

In the meantime, I’ve also been creating a new interactive resource on what makes a good father, to coincide with the ‘main’ Father’s Day, on 19 June.