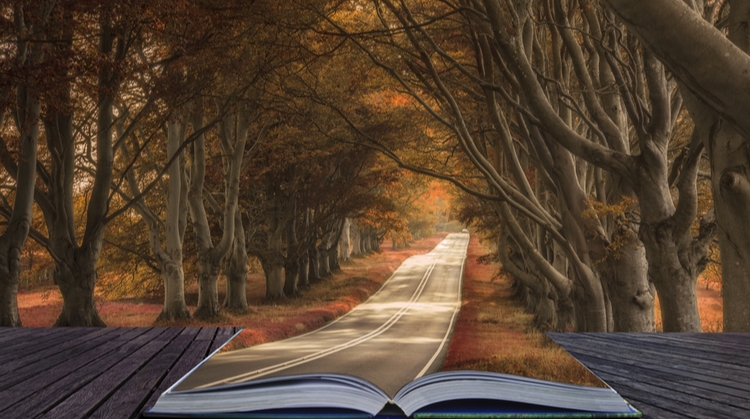 A team from the OU’s School of Languages and Linguistics (LAL) have this week published a new book A Multilingual Decameron: Stories of a different world. Written during the pandemic, the book contains stories written by OU students, featuring at least one of the languages taught in the School (Chinese, English, French, German, Italian, Scots, Spanish, Welsh). The topics chosen construct a range of different worlds, from unsettling and sometimes uplifting experiences of lockdown, to recollections of childhood and dystopian futures. 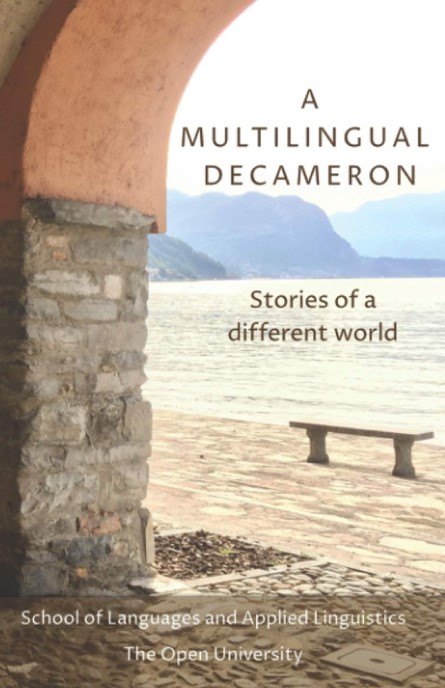 A Multilingual Decameron was inspired by Boccaccio’s Decameron (1353) a fictional work of ‘novelle’ (short stories).  The stories were set during the 1348 epidemic of the Black Death in Florence, when ten men and women confined themselves to a villa in the hills outside the Italian city and entertained one another by telling stories.

The onset of the Covid-19 global pandemic in early 2020 prompted colleagues in the School to recreate the Decameron experience by inviting students to write and share stories to raise morale during confinement, drawing strength from their multilingual and multicultural experiences.

The book recognises and celebrates the experiences and abilities of a multilingual, multicultural learning community, as evidenced in the many languages used in the stories and the wide range of first languages spoken by the authors. The aim was to encourage students’ creative expression and sense of ownership over the different languages within their repertoire, building their confidence and emerging identity in the new language.

Students were invited to submit stories in which they could showcase their language learning, including multilingual stories that combined elements from more than one language, or from different varieties of the same language, in creative ways. Once stories had been accepted, students worked with language specialist editors to prepare their stories for publication.

The project was conceived and led by Senior Lecturers in Spanish María Fernández-Toro and Anna Comas-Quinn. Anna said “The call for contributions unleashed a creative explosion and, as we engaged with the authors in the editing process, we came close to fascinating, sometimes moving, personal stories, as interesting as the tales themselves. This project has been a real pleasure and I'm very proud of the book and of the collective effort that has made it possible.”

Contributing student Jonathan Ow said “This story does have a very special place in my heart. Sometimes I do find it a bit hard for me to read my own story without getting a bit teary from it because this story is based on my own memories of my father. It just means the world to me that my story in Spanish is going to get published.”

A Multilingual Decameron is available in print from Amazon, and can be downloaded for free from books2read and from the Kindle store.

The project was made possible through Covid-19 Response Funding provided by the Faculty of WELS and was conceived and led by Anna Comas-Quinn and María Fernández-Toro with Lina Adinolfi, Caroline Tagg and Emilia Wilton-Godberfforde. Specialist editors were Zhiqiong Chen, Clare Horáčková, Vicki Lywood-Last, Esther Santos-Grimaldos, Birgit Smith, Piero Toto and Karine Zbinden. The book was edited and the cover designed by Michelle Lawson.