From professional cricketer to Deputy Head of School 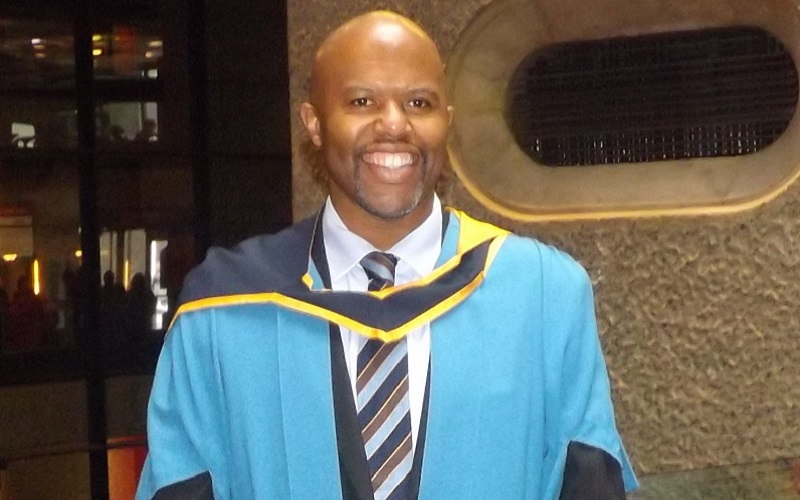 In 2002, injury sadly meant that Adrian Rollins was forced to seek a new career away from professional cricket.

Now working as a Deputy Head of School, Adrian, 50, shares how The Open University (OU) empowered him to launch a career in education.

“After leaving school I worked at a sports centre before embarking on a 10-year career in professional cricket for Derbyshire County Cricket Club (1992-1999) and Northamptonshire County Cricket Club (2000-2002). I retired through injury after the 2002 season,” said Adrian. “My first job post career was as a School Sports Co-ordinator and I realised that I wanted to stay in education, but not in sport - I had done enough of that!”

Armed with this realisation, Adrian began studying a BSc (Hons) Open degree with the OU. This bespoke qualification allowed him to explore a love for mathematics which eventually led him to pursue a career as a maths teacher.

From there, Adrian gained Qualified Teacher Status and decided to carry on studying with the OU. He completed a Masters Degree in Education in 2012, which he says allowed him to continue learning about mathematics whilst developing his leadership and management skills.

“The study materials for the Masters were really good” Adrian reflects. “The Tutor-Marked Assignments (TMAs) gradually built the skills necessary for me to pass the course and the tutors were extremely supportive. The modules that I chose had overlaps which helped, and the course material constantly challenged me to be better.”

Despite his success, Adrian’s journey wasn’t always easy. Whilst studying for his degrees, Adrian was working full-time and was separated from his three children.

“My motivation in life are my children, who are now all young adults, as well as my two-year-old granddaughter” he shares. “To sustain contact with them, I had to cover 450-600 miles every other weekend for 7 years. It was tough, mentally and emotionally.”

A passion for education is something that runs in the family, however. In 2017, Adrian’s mother, Marva Rollins, received an OBE from the late Queen Elizabeth II in recognition of her services to education.

“My role model is my mother, Marva Rollins OBE, who, like me, studied with the OU for a Masters Degree in Education” he says. “She was a prominent primary school Headteacher, working in the profession for over 24 years.”

Developing as a leader

With his Masters complete, Adrian moved to Derby, where he secured a leadership position as Director of Mathematics.

“The Masters modules I studied enabled me to apply the leadership theory and strategies I had learned to my daily practice as a leader” he says. “The course played a part in my growth.”

After two years working as Director of Mathematics, Adrian changed schools and became an Assistant Headteacher. He progressed further in his career, becoming a Deputy Headteacher at an Academy, before settling into a Deputy Head of School role with his current employer, a Multi-Academy Trust (MAT) in Nottinghamshire.

Despite some of the challenges he faced, Adrian considers himself very fortunate to be in a position where he can make a difference to children's lives.

“Teaching is a great career but understand that it is hard. However, if you stay focused on the main point of education, and that is to help transform children's lives, then you will see that the plusses outweigh the challenges by a country mile. I love being in education, full stop. The best place for anyone to work is where leaders are creating leaders!”

Adrian highly recommends OU study but advises that you need determination and self-discipline to be successful. “I would say to anyone thinking of the OU, go for it! What have you got to lose? Pace yourself, start slow and when your confidence builds, go a little harder. The course will change your life for the better, and the time will pass quicker than you believe.”

Retain, develop and upskill your workforce. Discover the range of OU education courses.