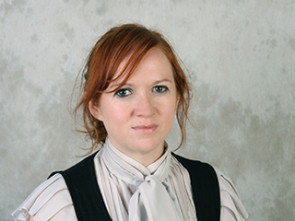 Sharon Mallon (BSc. Ph.D) commenced her research career as an analyst working on drug trials for cancer patients. After working for the NHS for a number of years Sharon completed her primary degree in Social Policy with the Open University in 2003.

In February 2010 Sharon was awarded a PhD by UCLAN for a qualitative study of young adults' suicides from the perspective of their friends. In her thesis she concentrated on the young persons’ experiences of creating an explanation for their friend’s death and the role these explanations played in influencing their own attitudes towards suicide and mental wellbeing.

She has worked on a range of research projects focusing on suicide postvention and prevention including the RaPSS (Response and Prevention of Student suicide) study. This collaborative research project undertaken by the University of Central Lancashire, King’s College London and the suicide prevention charity PAPYRUS, was the first in-depth UK study of student suicide. She was also involved in the forthcoming Understanding Suicide report which will detail findings from an indepth study of suicide prevention and postvention in Northern Ireland.

As part of her work on this project Sharon has interviewed many family members, staff and friends of people who have taken their own life.

She has published and presented her work both nationally and internationally.