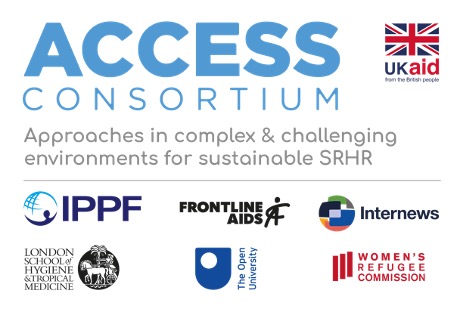 Colonialism dominated the world for almost half a millennium continuing to shape it today. Although many would like colonialism consigned to the history books, its effects are ever-present. Many scholars of coloniality argue that the impacts of colonialism are so all-encompassing that they are invisible to most people. Many of our assumptions about how the world is, about what is ‘normal’ or ‘taken-for-granted’ about the world are in fact underpinned by colonial understandings and viewpoints. These ‘Northern’, ‘Western’ or ‘First World’ viewpoints tend to construct post-colonial settings (i.e., former colonised regions) as intrinsically ‘poor’ ‘violent’ or ‘ungovernable’. 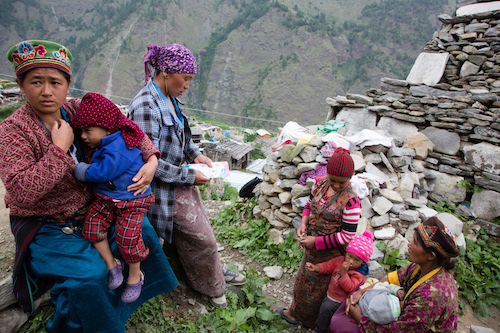 The same viewpoint tends to see global inequality and poverty as somehow inevitable or ‘natural’. This viewpoint can also construct post-colonial subjects (that is, mostly black or brown people) as able to bear more suffering, poverty, and violence than their mostly white counterparts in the global north.

These viewpoints make the causes of instability, conflict, natural disaster, poverty, disease and suffering invisible. Global inequality, poverty and instability are not intrinsic or natural. They are the results of centuries of colonialism and are exacerbated by contemporary geo-politics. For example, climate crisis which disproportionately affects the global south is caused primarily by the actions of the global north. Global south immiseration is exacerbated by global north protectionist and exploitative economic policies.

Ndlovu-Gatsheni (1) uses the term ‘coloniality’ to describe the conditions and understandings that these viewpoints perpetuate; conditions that are so firmly entrenched as to be considered ‘common sense’ and ‘everyday’ (2). ‘Decolonisation’ is a term used to describe the ongoing process of exposing and challenging coloniality, including all the institutional and cultural influences that have remained since colonialism (3).

Coloniality also permeates the Development and Humanitarian spheres. Although Humanitarian and Development initiatives are undoubtedly beneficial, they can also serve neo-colonial aims (for example the dissemination of global north economic, social and cultural norms and practices) or mask immiserating global north practices (for example lack of action on climate crisis, political and economic interventions that perpetuate poverty). Recognising coloniality means also understanding that the Development and Humanitarian spheres are themselves formed within a colonial framework; and are part and parcel of ongoing coloniality.

Many SRHR inequalities are linked to colonial legacies and ongoing coloniality. SRHR need related to global inequality and injustice creating conflict, natural disaster and population displacement all have strong colonial links. There are also tensions around cultural, social and religious norms that affect SRHR outcomes across the world. Decolonising SRHR involves recognising the ways in which global north SRHR goals, targets and approaches may serve neo-colonial goals. Recent histories of population control initiatives targeting global south women (sometime coercively) (4), the testing of new contraceptive technologies on women of colour (often without their knowledge) (5, 6), targeted sterilisations and abortions as well as unethical medical research on people of colour across the globe have served overtly eugenicist and colonial aims (7, 8).

It’s important to acknowledge reasonable concerns that modern-day reproductive choice interventions designed by global north institutions for use in global south settings harbour similar aims. A decolonising approach to, for example, reproductive justice should address all issues affecting women’s choices, especially the socio-economic factors. This needs to emerge and be responsive community needs and priorities.

Approaches in Complex and Challenging Environments for Sustainable SRHR (ACCESS) was an FCDO-funded consortium of global north Development and Humanitarian NGOs and academics a. ACCESS aimed to develop a programme of innovative interventions to serve the most marginalized communities living in complex and challenging environments.

A key principle of ACCESS was that these interventions would be co-produced with marginalised communities. The issue of coloniality and decolonisation emerged from a small group of ACCESS personnel who highlighted that participatory and co-creative approaches have little meaning nor chance of success if they do not foreground histories and inequalities closely linked to coloniality. Likewise, technical practices (such as the development, research methods adopted, scale-up, roll-out and evaluation of interventions) can only achieve limited change. Other forms of knowledge (political, local, social and economic) need to be deployed to enable meaningful engagement with these inequalities and histories.

The Open University resourced work to explore the potential for decolonising ACCESS, engaging a Pan-African consultant to work with an academic from the OU (the authors of this blog). They ran sessions on decolonisation at planning workshops alongside a series of discussions with consortium agencies. The insights and reflections presented in this blog are the results of this work and are the views of the authors. 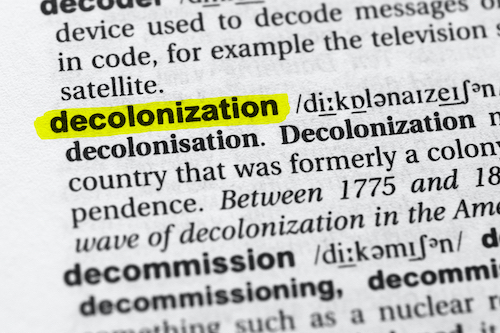 ACCESS members reflected on power dynamics between their own organisations, funders and global south actors and asked, who is shaping the rules, making the decisions and determining where the knowledge is generated?

Funding for SRHR programmes like ACCESS is predominately given to global north organisations to fund global north salaries and overheads with global south partners designated as implementors of global north developed projects. In the case of ACCESS, funder restrictions on which organisations could form consortia effectively precluded meaningful global south presence at the bid writing stage. At the design stage, the actions of the funder in the form of short-termism, drip-feeding money and creating uncertainty regarding whether the contract would be awarded acted as a disincentive to engage with potential global south partners until some certainty had been secured. Consortium members feared raising unrealistic expectations or generating instability in global south agencies as a result of the ‘stop-go’ nature of the funding. However, others felt that this was a somewhat paternalistic attitude assuming an inability to handle uncertainty among global south partners who often work with endemic uncertainty.

The requirement for ACCESS global north partners to engage in ‘due-diligence’ placed on them by donors and governments has the effect of casting them as policers of the actions and conduct of their global south partners. Thus, already existing power inequalities are repeatedly enacted in initial and ongoing encounters both between agencies and between the individuals within them. This policing function also inhibits collective (global north and global south) critical engagement with norms of ‘probity’ and their potential role in perpetuating normative ways of doing things and entrenching power inequalities.

The events of 2020, and the re-ignition of the Black Lives Matter movement renewed calls to decolonize global health. All consortium members described internal initiatives to decolonise their ways of working. Many had accelerated EDI work bringing in consultants to discuss ‘whiteness at work’ prompting reflection on decolonisation and anti-racism. Others reported staff members who identified as black and people of colour setting up groups to share experiences of racism.

Although these initiatives were welcomed, some expressed scepticism about the capacity of this work to engender meaningful change. Although work enabling people and groups to question attitudes and values within a protected space was seen as beneficial, some were concerned that this might occlude a pressing need to interrogate the power structures that agencies and actors in their field perpetuated through their work.

Others noted small but significant changes in how organisations and entire fields operated in response to decolonising imperatives. For example, greater community participation in assessing and meeting need and greater attentiveness to co-design in overhauling care and response protocols. Whilst consortium members recognised these innovations and interventions as a step in the right direction, they did not think that, in themselves, they constituted a decolonisation of SRHR.

Some consortium partner organisations were adopting distributed leadership or decentralisation models that entailed the displacement of strategic decision-making from global north offices to networks across global north and south settings. These models were seen as having the potential to re-distribute resources and bring more voices including global south civil society, into the centre of research, policy and programme design and implementation.

However, scepticism was also expressed around the likely impact of adopting these models. Global south offices might become, or continue to be, ‘outposts’ of the global north agency rather than representing a true resource transfer or as enabling global south actors to deploy distinctive expertise and approaches. Similarly, increased levels of civil society engagement may not disrupt western-centric, top-down productions of knowledge.

The experience of planning the programme with coloniality in mind brought to the fore a range of questions and problems that hovered over the consortium’s activities throughout this period.

The contractual factors described above meant that during a development stage lasting eighteen months, the ACCESS consortium could not work with global south actors. This meant that perspectives around decolonisation emerged solely through global north interactions. This irony was not lost on consortium members and brought home how such processes occlude meaningful global north/south dialogue and stymy collective critiques of and responses to coloniality in SRHR work. 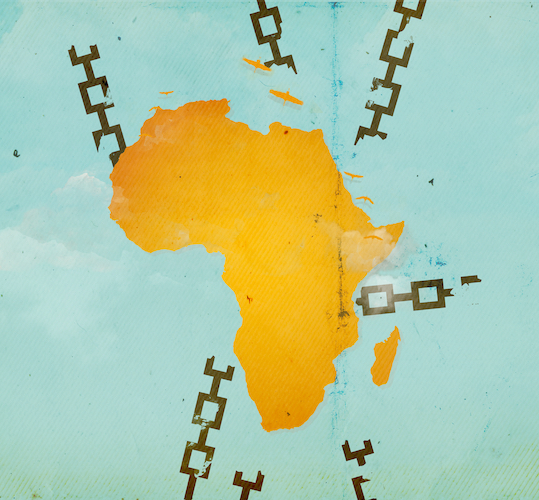 As said in the introduction, decolonisation entails an active interrogation of the assumptions that underpin the work of global north actors as well as what they know and how they know it. Decolonisation will therefore be experienced as disruptive and uncomfortable as it requires a questioning of the expertise and knowledge that enables them to feel ‘at home’ or ‘in control’ of their work and their sense of themselves as ‘specialists’ and ‘experts’. Decolonisation also entails a radical re-thinking of how programmes and interventions come into being. Needs and priorities should not be decided by global north organisations but rather should be determined by working in real partnership with global south SRHR practitioners, academics, activists and community members. Based on these understandings, major questions emerged around the place and value of the knowledge and expertise that existed in the consortium in a decolonising enterprise. For global north organisations decolonisation should entail prioritizing global south knowledge and multiple practices that incorporate indigenous knowledge, ensuring solutions are based on community need addressing reproductive justice.

This blog provides insights into the perspective of global north actors who recognised that coloniality is an existing tendency within the Development and Humanitarian sectors. They also recognised that discriminatory laws and policies in reproductive health linked to colonialism continue but often remain an ignored part of global health practices and their solutions. It begs the question, what are the practical real-world actions that such actors can take to relinquish power or resist the power structures within which they are enmeshed? One suggestion is that global north actors should engage in deimperialisation: look inwards and upwards to focus on dismantling colonial/ imperial knowledge regimes and practices embedded in the institutions they inhabit (9). This is an intriguing proposal, given many such practices are precisely what prohibit such actors from acting in decolonising ways. However, in order to repair and make reparation for these reproductive health injustices global north institutions need to acknowledge their positionality and work in solidarity with global south allies for long term reproductive justice.

The authors would like to thank Dr Pippa Grenfell, Assistant Professor of Public Health Sociology at The London School of Hygiene and Tropical Medicine for help at earlier stages of this work.

a. ACCESS was led by the International Planned Parenthood Association (IPPF). The consortium partners were Frontline AIDS, The Open University, Internews, The Women’s Refugee Council and The London School of Hygiene and Tropical Medicine. It was initially funded for a co-creation period spanning February 2019 to September 2020. It subsequently received funding for implementation and started in October 2020 but was de-funded in April 2021 as part of overarching cuts to UK aid budgets. The project ended in December 2021.